← more from
Nordvis
Get fresh music recommendations delivered to your inbox every Friday.

In Blackest Ruin (Split with Svarthymn) 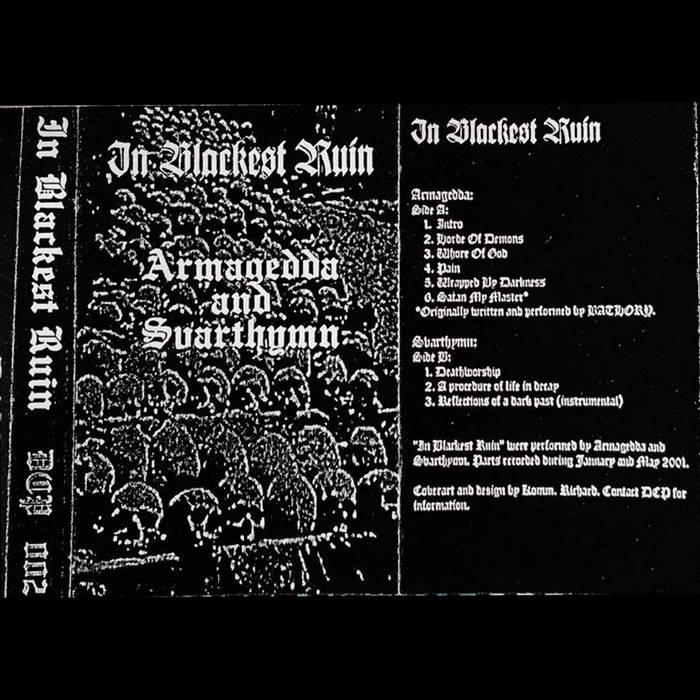 Released as a split cassette with Svarthymn by Deathcult Productions, 2001.

Bandcamp Daily  your guide to the world of Bandcamp